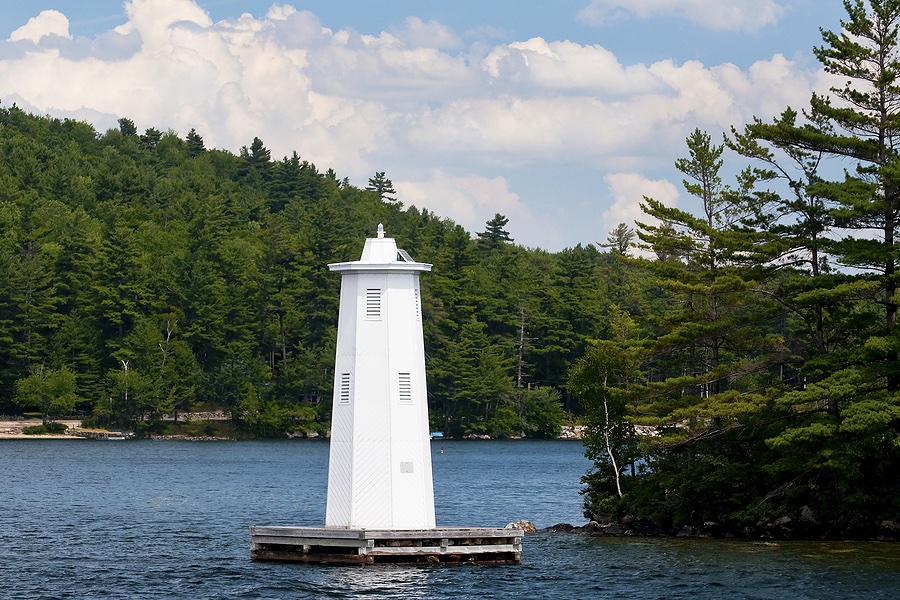 With Summer in full swing, our minds always turn toward Lake Sunapee. And there’s lots to be said about her. Here are five good things about our beloved lake:

With the extension of the B&M Railroad into Newbury Harbor around the late part of the 19th century, Lake Sunapee quickly became a popular vacation destination. (Today, a colorful antique caboose commemorates the station’s original location.) From there, passengers were ferried to cottages and resort hotels around the lake. Major steamer landings at Sunapee Harbor, Georges Mills, Lakeside Landing, Hastings Landing, Auburn Landing, Blodgett Landing, Brightwood, Pine Cliff, Lake Station, Soo-Nipi, Burkehaven, and Granliden served Lake Sunapee’s grand hotels and resorts. During peak summer months, steamships including the 70-foot steamship Kearsarge and the 50-foot Weatamoo carried more than 300 passengers daily. Lake Sunapee’s three lighthouses (Loon, Herrick Cove and Burkehaven) were built to guide these ferries around the lake: all remain in use and are listed with the National Register of Historic Places.

Over time, an increase in the availability of automobiles led to the demise of the steamship era and most of Lake Sunapee’s ferries were scuttled. Several were scattered along the floor of Sunapee, including the Weetamoo, which remains intact near Newbury Harbor and is visited frequently by local SCUBA clubs. In the 1960’s, the pilothouse of the Kearsarge was salvaged from the lake and is on display at the Sunapee Historical Center.

Lake Sunapee is a glacial lake that was formed about 11,000 years ago. The source of much of the water comes from cold underground springs rising from a bedrock aquifer. This water is exceptionally pure: on a sunny day, objects can be seen to a depth of more than 30 feet.

Each winter, Mount Sunapee withdraws water from Lake Sunapee to support its snowmaking operations: about 153 million gallons. In the Spring, melting snow returns to the lake via Beck Brook and Johnson Brook, which flow out of the Mount Sunapee drainage basin.

No matter that time of year, there’s no shortage of things to do on and around Lake Sunapee: click HERE for a list of activities and events.

While you’re exploring all that Lake Sunapee has to offer, be sure to make THE LODGE your home away from home: book today!